This is not a post so much as a proposal to begin the long-needed effort to catalogue the real photo postcard backs used in Canada. While most “Canadian” postcard blanks were manufactured by U.S. manufacturers, their inscriptions were often modified to suit Canadian tastes and postal regulations. Today, most people rely on Playle’s, a U.S. site, for information about dating RPPCs without recognizing that what that (excellent) site says might not apply to Canada. Also, it is much more useful to catalogue the entire back rather than just the stamp box — as Playle’s does –, since backs often differ even when the stamp box doesn’t (not to mention that the stamp box on many cards is covered up with a stamp).

With this in mind, and as a starting-point and/or place-holder, I’m uploading a Word copy (link below) of a classification system that I’ve used in cataloguing RPPCs from one company, the Winnipeg Photo Co. of Napinka, Manitoba, which produced RPPCs across southern Manitoba and Saskatchewan (as well as Alberta’s “Western Canada Ranching Series”) under a number of names from about 1905-1912. There are many other backs, of course, but this is at least a beginning.

My medium-term intention is to turn this lowly blog post into a page on the TPC website, complete with illustrations of the back types. But for the moment, this will need to do (and may generate some discussion). 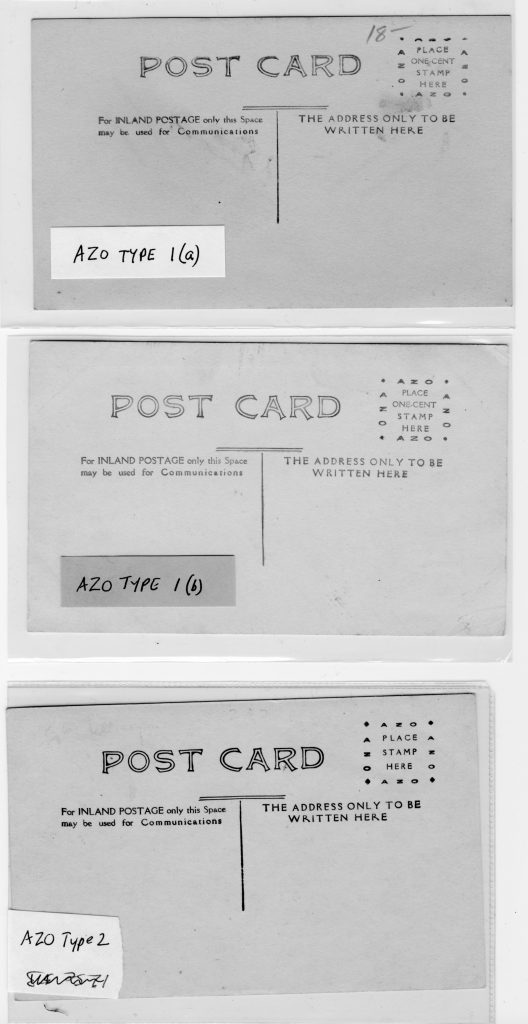