One of the first businesses to produce colour view cards of Canada from photographs was the Detroit Photographic Company. Beginning just before the turn of the last century – likely in 1898 – this U.S.-based enterprise turned out many postcards depicting scenes in this country. Despite the pioneering nature and the high quality of its work, the Canadian aspects of “Detroit Photo” (renamed “Detroit Publishing Co.” around 1906) appear to have remained largely unexamined. To begin to rectify that, we have put together a provisional listing of the company’s Canadian cards and invite anyone with additions, corrections or more information to get in touch. A link to the list is found at the end of this article.

History of the Company 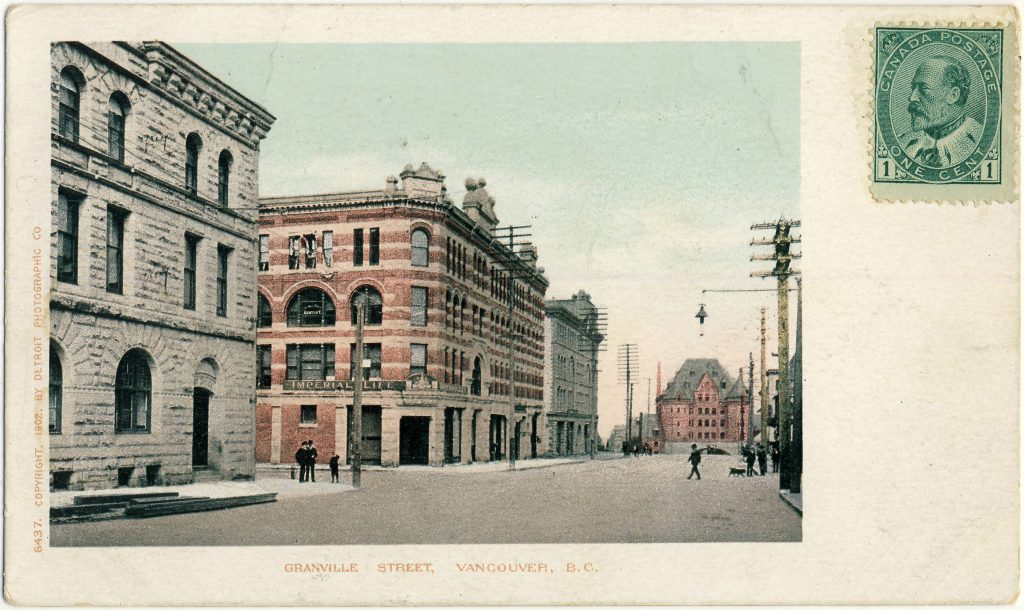 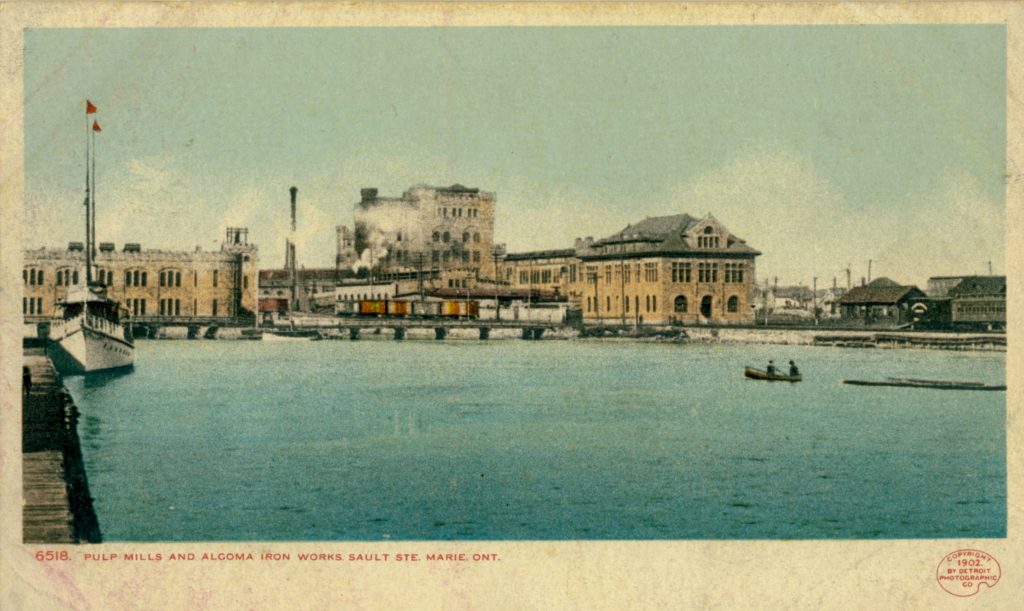 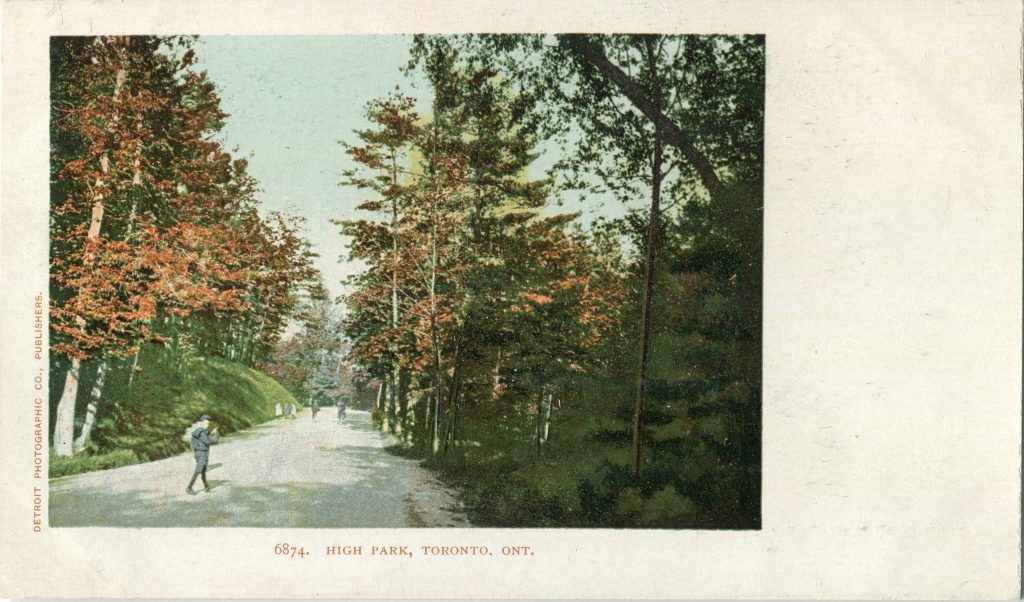 The Detroit Photographic Co. and Detroit Publishing Co. actively produced postcards from the late 1890s until the early 1930s. The quality of its colour renderings of photographs was remarkable for its time, a product of its having licensed the proprietary “photochrom” process of the venerable Swiss printing house Orell Füssli. The company’s principals were Detroiters Edwin Hector Husher (1863-1923) and William Allan Livingstone (1867-1924), both of whom were photographers who were able to contribute their personal inventories to the company’s publishing projects. They were soon joined by William Henry Jackson (1843-1942), a painter and photographer who enriched Detroit Photo’s offerings with his own collection of approximately 10,000 negatives, the product of his many years in the American West. Among Jackson’s images were a significant number that were later featured on the company’s postcards of the Canadian Rockies.

While overwhelmingly focused on the United States of America, Detroit Photo’s inventory of postcards included a number of major Canadian cities and tourist attractions from Saint John, N.B. to Victoria, B.C., with particular strength in Montreal, the city of Quebec, Niagara Falls and the Rocky Mountains. Unlike many postcard publishers, Detroit Photo appears to have been a top-down operation, producing postcards from its own photo catalogue, focusing (in Canada, at least) on the most popular destinations to the almost complete exclusion of small cities and towns. In other words, the company does not appear to have followed the more common business model of sending salesmen into the field to solicit postcard orders, and appropriate photographs, from local druggists and general store proprietors.

It would nevertheless be incorrect to suggest that Detroit Photo never produced “private label” cards for other vendors, as American authorities on the subject make it clear that the company sometimes did exactly that. In Canada, however, the only clear case of this (that we know of so far) in the early years of the company is the group of Manitoba postcards that Detroit Photo supplied to Russell, Lang & Co. of Winnipeg around the year 1903. Unlike the other early Canadian postcards that we know of, the Manitoba cards do not bear the “Detroit Photo” or “Detroit Publishing” publisher credits. In later years – most likely in the mid-1910s through the early 1920s – the company produced cards for Hiram Walker, Ford of Canada and E. W. Gillett, the Toronto-based manufacturer of Magic Baking Powder and other baking products.

Noteworthy features of the Canadian cards

Among the features of the cards, we would mention that they were frequently republished under the same numbers, meaning that there may be several versions of a given card. Sometimes the company began with a small “vignette” version of an image but later switched to one that came closer to covering the whole face of the card. In addition, in what is perhaps a uniquely Canadian twist, some cards from Quebec were published in both English-captioned and French-captioned versions (again, with the same card number in each case). It appears that the cards were typically produced in sets of six or eight, which is quite typical of the general practice of publishers of the time.

The description above is based in part on information from the Metropostcard.com website, which should be consulted for a more complete story. It should be noted that Detroit Photo and Detroit Publishing published their photographic archive in a variety of formats, of which postcards were only one. Many of the company’s photographic plates are now in the possession of the Library of Congress, which has made many of its Detroit Publishing images available online. Moreover, thanks to the generosity of collector Leonard Lauder, nearly 6,000 Detroit Photo postcards, including many Canadian examples, are available online through the website of the New York Public Library.

The spreadsheet linked below, when first published in 2020, represented an initial and provisional effort to begin the process of recording the Canadian postcards produced by this important company. In the cases of border areas such as Niagara Falls and Sault Ste. Marie, it included (and continues to include) cards from both sides of the border, as it would be difficult (and rather counterproductive) to attempt to separate “American” views of Niagara Falls or the Soo shipping canals from “Canadian” views.

Thanks to the generous response of several TPC members, we have been able (as of November 2021) to produce a second edition of the list with over 325 different postcards represented, up from roughly 150 in our first effort. Of particular value in this regard was a detailed list produced some years ago by the late W. O. (“Bill”) Buchanan, the club’s long-time archivist. Thankfully this had been retained by another TPC member, Ken Elder, who kindly shared it for this purpose. Judging from the numbering, the 300-plus cards that are now on the list probably represent a majority of all those issued. Anyone who can fill in the gaps, or who can add to or improve the information in the existing listings, is asked to contact us.

Please do not reproduce this information without first obtaining the required permissions via the Toronto Postcard Club.

Here is the link to the Detroit Photo Canadian Postcard Index (updated 20 February 2022).