ALL IN A POSTCARD: COBALT AND THE ORIGINS OF MINING FINANCE IN CANADA

By Card Talk Editor May 5, 2018 May 6, 2018 Commerce and Industry, Ontario, Postcard History, Themes of Postcards 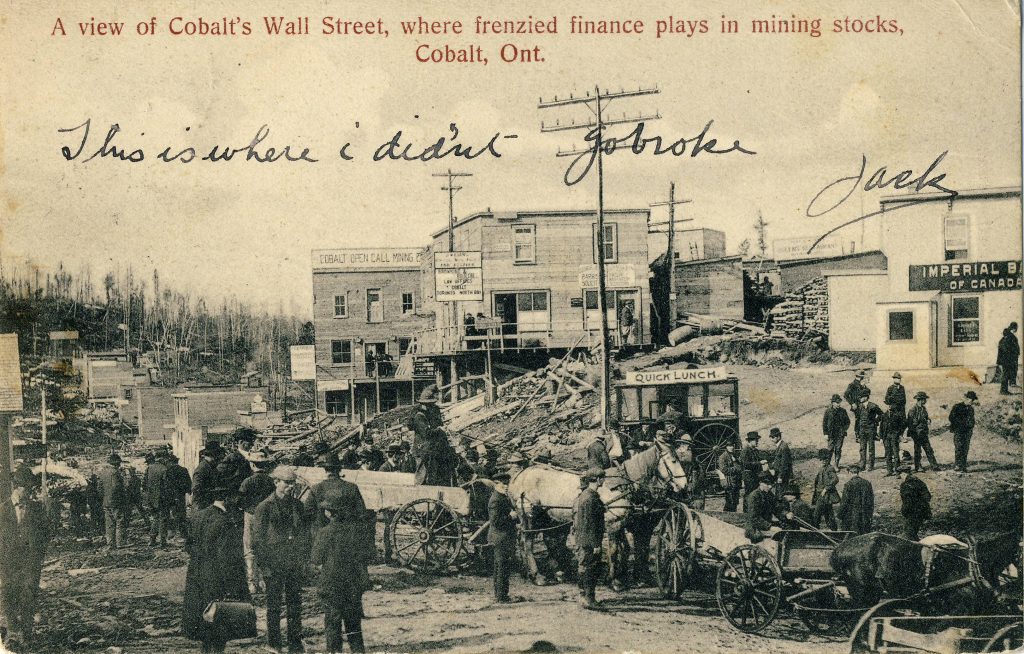