The Warwick Bros. & Rutter Picture Postcard Handbook 1903—1912′  This second edition of this classic has an expanded section on Warwick Bros. & Rutter’s business history including listings for +9,000 titles.  Also features over 1,000 colour illustrations of some of the most attractive postcards printed in Canada during the golden age (1900–1914). Edited by Roger Miller.
More details and ordering information here.

‘Stedman Bros. Picture Postcard Handbook 1905–1930s’  A new and updated, deluxe second edition. A much expanded section on Stedman Bros. business history, revealing the identity of the elusive German printer responsible for the majority of Stedman Bros. colour view cards, new “fancy postcard” series, more of the wholesale series’ by Stedman Bros. for other firms. Over one thousand images of the +6,500 postcards catalogued inside! More details and ordering information here. 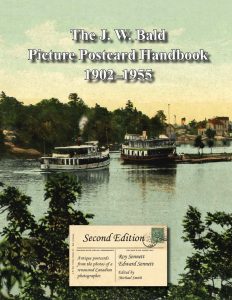 Detailing J. W. Bald’s early years as an apprentice photographer in Barrie, Ontario with photos of his first studio in Penetanguishene and Midland.
Comprehensive listings and over 900 images of some of the most sought after Bald postcards in Canada.
More details and ordering information here. 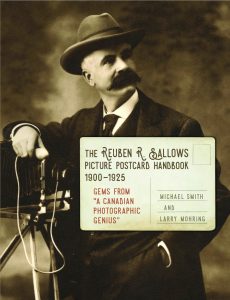 ‘The Reuben Sallows Picture Postcard Handbook‘ by Mike Smith, TPC #940 and Larry Mohring, TPC#725. A ‘Canadian Photographic Genius’, Ontario photographer Reuben Sallows (1855–1937) is little known outside of Huron County. From his Goderich studio in the 1890s, he became a master photographer of local folks in their natural surroundings. His stellar outdoor photos caught the eye of magazine publishers, railway companies and government ministries. This handbook links as many antique postcards as possible to their original Sallows photograph. Full colour, laminated soft cover, spiral bound; 8.5 by 11 inches, 310 pages including a lavishly-illustrated biography of Reuben Sallows. 1800+ postcards catalogued by publisher and 1300+ illustrations. Order from Mike Smith or Larry Mohring 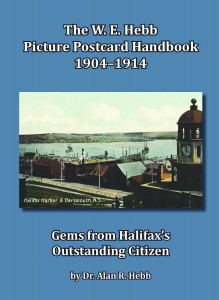 ‘Postcards of Olde Aurora’ by Bob McRoberts, TPC#1328
122 images of the Town of Aurora, Ontario, mostly from 1900 to 1930 as captured in postcards of the day. A brief history of the image on each postcard is alongside each view. Soft cover, coil bound, 112 pages with 72 pages in colour, 5½” x 8½”, includes an index of 165 items of interest. Published for  the Sesquicentennial Project of the Town of Aurora in 2013. $15.00 plus postage by emailing postcardsofoldeaurora@bell.net